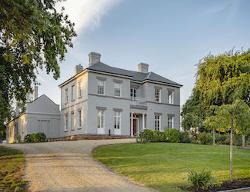 Built during the early 1830s, like most of the grand properties of the time, Prospect House was constructed by convicts, on Palawa land. This property was built for James Kestall Buscombe, who built many of Richmond's original properties with his brother Henry including the Lennox Arms (now the Richmond Arms Hotel), the post office, general store and several houses. Convicts, servants, settlers, entrepreneurs, chefs and artists have come and gone leaving a legacy and stories only told through the building that remains.

For more information about the hotel and accommodation please see: https://prospecthouseprivatehotel.com.au