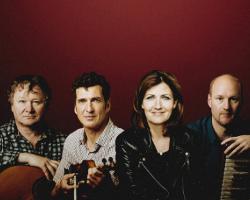 The historic Theatre Royal was built in 1927, replacing the former town hall that had been lost to fire the previous year. Built as a multi-purpose venue, the Theatre Royal has catered for an array of events in its rich history, including plays, concerts andÝother live performances, dinners, festivals, balls, wedding receptions, masses and cinema screenings. The town was surveyed in 1851 and named Camperdown after the Scottish naval man, Lord Viscount Adam Duncan the Earl of Camperdown. The Djargurd Wurrung people were the traditional Aboriginal people of the Camperdown area, who had lived in the area for countless generations as a semi-nomadic hunter gatherer society. The town has a life-sized statue of poet Robert Burns, carved from sandstone in the 1830s and based on the earliest painting of the Bard. Efforts to restore the statue led to a festival celebrating the town's connection with Burns being held in 2012 and then annually.